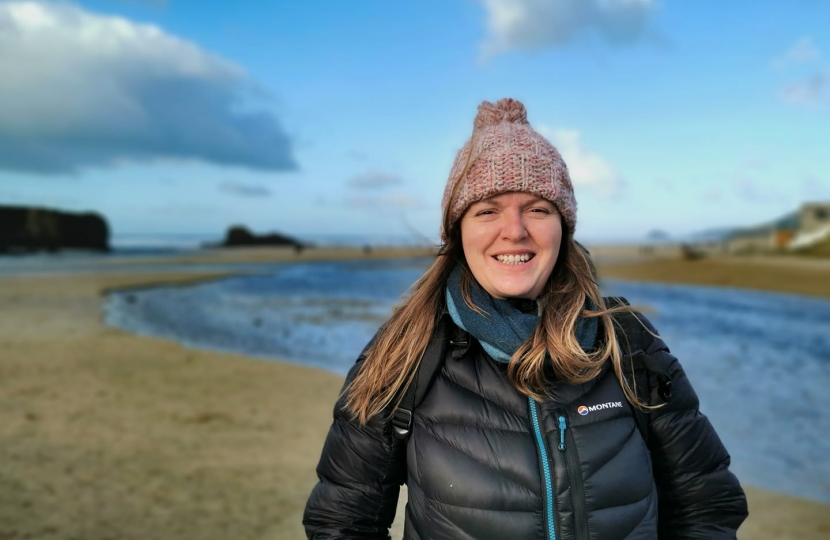 Cherilyn Mackrory, Member of Parliament for Truro and Falmouth, has welcomed the news that the Fal Estuary is one of the areas around England to benefit from a share of £2.5million funding for underwater habitat restoration.

The LIFE Recreation ReMEDIES project, led by Natural England, will protect seagrass meadows - a critically endangered EU red listed habitat which are easily damaged and slow to recover. They are threatened by anchoring, mooring and launching of recreational boats, as well as trampling from walkers and bait collectors. The project will provide environmentally friendly moorings, voluntary codes, targeted training and habitat restoration, in five areas across southern England.

“I welcome this funding for these important underwater habitats in the Fal estuary, which will allow these important seagrass meadows, themselves supporting unique ecosystems, to grow and flourish.”

“I will be out on the Carrick Roads tomorrow with my husband fishing and look forward to seeing some of the habitats for myself!”

“We want to make sure that everyone can enjoy England’s rich coastal landscapes, and this £2.5 million funding boost will help protect and restore critically endangered species and habitats as well as tackling climate change.”

“This project is a win-win-win for the planet, for people who use the sea and for the marine environment by protecting the delicate sea bed and restoring sea grass meadow, a vital carbon sink, as well as providing new places for boats to moor.”

Seagrass meadows stabilise the seabed, clean surrounding seawater and absorb carbon, helping to prevent climate change. It has been estimated that seagrass around our shores can absorb and store at least as much carbon per hectare as trees in UK woodland. These plants are havens for many marine animals including rare seahorses, stalked jellyfish, and rare seaweeds. These habitats are also perfect for fish nurseries, including commercially valuable flatfish such as plaice and flounder.

The scheme has been awarded £1.5 million from the EU’s LIFE fund and is the result of more than 12 months of working together with several partner organisations including the Ocean Conservation Trust, Marine Conservation Society, Royal Yachting Association and Plymouth City Council. The other £1 million has been match funded from Natural England and the other partner organisations.

The project, running from July 2019 to October 2023, will be publicly launched at a project workshop at the National Marine Aquarium in Plymouth tomorrow (30 January) looking at Advanced Mooring Systems that are more gentle on delicate underwater habitats, building on previous wildlife friendly mooring workshops run by the Royal Yachting Association.

The techniques and evidence drawn from Recreation ReMEDIES will be evaluated to measure the conservation benefit and assess how it could be repeated across Europe.

The programme will directly train nearly 2,000 recreational users, helping to:

Cherilyn Mackrory, MP for Truro and Falmouth, has shared her delight at the news Cornwall has been successful in its bid to host National Armed Forces Day in 2023, with Falmouth taking centre stage as the host town.