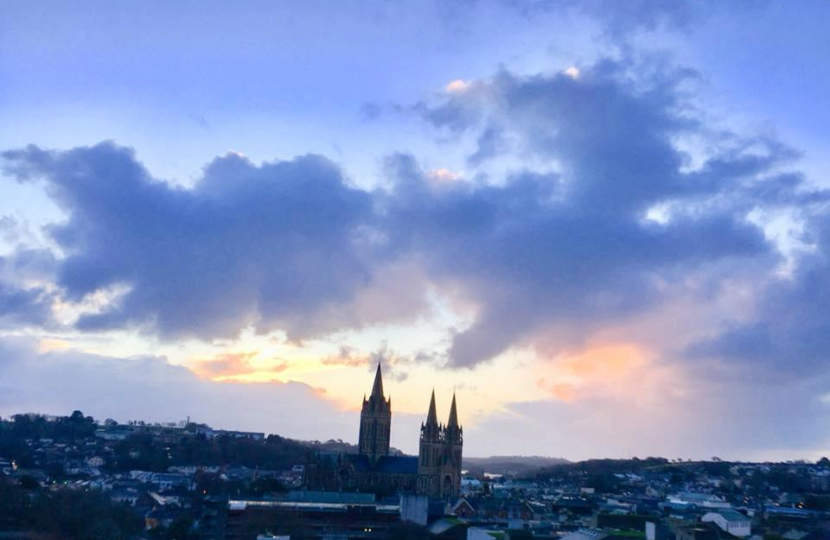 The House of Commons Library - which publishes politically impartial research – has shared data with Cornish MPs which states any attempt to estimate how much Cornwall would have received had the UK remained part of the EU would require “so many assumptions as to make the result effectively meaningless”.

The Government has recently confirmed that Cornwall and the Isles of Scilly will receive £132million in funding between 2022 and 2025 to help spread opportunity and level up the country via the UK Shared Prosperity Fund (UKSPF). This is in addition to funding from sources such as Town Deals and the Levelling Up Fund.

Local opposition leaders have repeatedly claimed that had the UK remained part of the EU, Cornwall would have received £100m a year in EU funding, arguing that the UKSPF leaves Cornwall with less than half of its replacement EU funding.

However, research from the independent House of Commons Library shows the reality: Cornwall and Isles of Scilly received an average of just over £50 million per year between 2010 and 2018. Regarding amounts that would have been received had the UK remained part of the EU, the researchers said:

“We don’t think it’s possible to meaningfully estimate how much money the UK, or any part of it, would have received if the UK was still in the EU.

This is because if the UK had not voted to leave the EU, then the EU budget for the 2021-27 framework period - and therefore the EU funding allocations within that budget - would have been made in a very different political environment…attempting to work out what the resulting budget would have looked like therefore requires so many assumptions as to make the result effectively meaningless.”

Cherilyn Mackrory, Member of Parliament for Truro and Falmouth, said:

“This independent research makes it clear that claims Cornwall would have received £100m a year had the UK remained part of the EU is not a figure recognised by the HoC library. I would welcome a breakdown of this figure from the opposition parties that repeatedly quote it.

Thanks to this Government, Cornwall will have more money per head from this fund than any local authority area in England. I look forward to working with the Government to ensure this funding is delivered at a local level by the people who know Cornwall best, so we can directly tackle the issues affecting our local area.”

EU structural funds in Cornwall and the Isles of Scilly referenced can be found below: