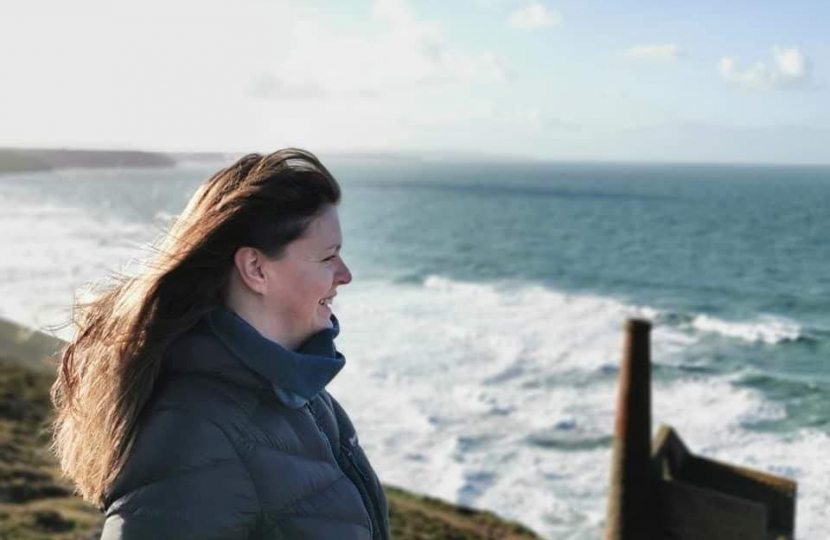 My statement on the Environment Bill amendment concerning sewage overflow:

I wanted to put out a statement on last week’s vote on the Environment Bill and the amendment on sewage overflow. It is lengthy, but on this occasion, I do feel it is warranted.

I would like to thank everyone who has written to me, specifically asking for an explanation as to why I voted against S141A of amendment 45 of the Bill. I will be replying to every email personally and with a detailed response. My position, my responses and my statement will have all been written by me. Not the Conservative Party.

Firstly, I am incredibly proud to have supported the Environment Bill so far, being an active part of its progress through both Houses and seeing its improvement throughout that journey.

This is a landmark Bill, which we very much hope will receive Royal Assent before or during COP26.  It sets into law extensive targets, plans and policies for improving the natural environment, makes provision for statements and reports about environmental protection, and creates the Office for Environmental Protection. It also includes vast plans and policies relating to waste and resource efficiency, air quality; for the recall of products that fail to meet environmental standards, water quality and about nature and biodiversity, including conservation covenants and about the regulation of chemicals.

On water quality specifically, I share the passion and drive of the people of Cornwall regarding the stopping of dumping sewage into our waterways.

I sit on the Environmental Audit Select Committee and we have conducted detailed enquiries in this this very complex issue.  This is an issue that has been dodged by successive governments since the 1960s, resulting in combined sewage overflows continuing to be built, resulting in them becoming overwhelmed by our growing population.  What should be an ‘exceptional’ occurrence, has become routine and this is completely unacceptable.

Unfortunately, and as usual, there are a minority who use social media to spread simplistic misrepresentations of my vote, without any real understanding of the Bill or the amendment, nor sadly wanting to. Many are quick off the mark to jump to conclusions without even asking me for my view on this issue. I have seen many social media posts about this.

I work closely with cross-party colleagues to make a difference - the Lib Dems, Labour and Greens. This is the only way we can make positive change. Democracy in action, working together on an issue to bring about positive change.  Just last week the Select Committee held a session with many of the top water company CEOs, including the CEO of South West Water, to answer questions on this very issue.

Locally, in the constituency, I am working with various local stakeholders to clean up the River Fal and improve the water quality for our swimmers, shell fishermen and marine life.

In Parliament, amendments often get put through just to score political points and to get headlines. These, in my opinion, does damage to the positive work that Parliament accomplishes.

The Lords amendment that came forward by the Duke of Wellington, a hereditary peer in the House of Lords. While I have no doubt that the amendment was well intentioned, it was poorly drafted, uncosted, with no plan or impact assessment whatsoever.  This would have resulted in either the taxpayer and/or water bill payers footing the astronomical bill.

We genuinely do not yet know how much this work is going to cost, although there are initial estimates of between £150 billion and £600 billion. To put those figures in perspective, £150 billion is more than the entire schools, policing and defence budgets put together, and £600 billion is well above what has been spent combatting the Coronavirus pandemic.

What happened to Parliament being able to scrutinise, looking at the long, detailed and practical work required to understand just how we can deliver on these ambitions and ensure that taxpayers’ money is spent wisely? The Duke of Wellington’s amendment would have made the taxpayer culpable for this money.

We must be pragmatic when we look at this issue. If the amendment was carried, it would mean the complete separation of our sewerage systems, leading to significant disruption for homes, businesses, and infrastructure across the country.

What the opposition and pressure groups fail to tell you is that the Government has moved considerably on this issue. It tabled a number of its own amendments – which were successful. One of these amendments places a legal duty on government to publish a plan by 1 September next year to reduce sewage discharges from storm overflows. A separate amendment will also place a duty on government to publish a report on the ‘mechanics’ of eliminating overflows entirely (also due before 1 September next year).  Outside of the Environment Bill, the government has directed Ofwat (the industry’s financial regulator) that it expects water companies to take steps to “significantly reduce storm overflows”, and that we expect funding to be approved for them to do so.

Collaborative work, with stakeholders, has transformed bathing water quality in this country. Because of this hard work, we now have some of the best bathing waters in Europe, where over 97% are rated good or excellent, compared to 29% in 1991. This was achieved through all parties working together: clear policy and direction from government; effective regulation, strong partnership working, targeted investment, data and monitoring. This is despite the extra demands on the catchment. In the last 15 years we have seen a 20% increase in population, and 50% increase in tourism. This has increased flows into the sewage system by 25%.

There is much more work to be done to stop overflows and improve bathing water quality and I am committed to doing all that I can to play my part as a parliamentarian to achieve this. This process is still ongoing and negotiations on how to best proceed are not yet at an end.

I met again with the Minister and the Secretary of State this morning (Tuesday 26th October) to discuss ways that a compromise on the wording can be reached to satisfy all parties.

I take these matters incredibly seriously. I always want to pass quality well drafted laws that actually can be enacted rather than ones that are simply headlines but fail to deliver on any of the realistic practicalities.

For the first time ever, the Government will be telling the industry’s regulator that it expects water companies to take steps to “significantly reduce storm overflows”, and that it expects funding to be approved for them to do so.

Ministers will also undertake a review of legislation which would require Sustainable Drainage Systems to be constructed to ministerial standards on new developments, reducing the pressure on the sewage system.

All of these measures are informed by the work of the Storm Overflows Task Force, which Defra established in August 2020 to bring together key stakeholders from the water industry, environmental NGOs, regulators, and Government in order to drive progress in reducing sewage discharges.

I hope this information is helpful and reassures you that any suggestion that I am not taking firm action on storm overflows is false.

A majority of MPs including myself voted in favour of taking a range of immediate steps to address storm overflows, together with a legal duty on government to produce detailed and costed plans for reducing and eliminating storm overflows entirely.

I want to end on this note - to be crystal clear, my vote was not to dump additional sewage into our waters. The amendment that came forward was not the right vehicle to effect the change we all want to see.

I want to reassure you all that I am completely committed to eliminating harm from storm overflows. I want clean bathing waters for people to swim in, clean rivers and seas for our local fishermen to fish in and clean waters for marine life to live in.

I will continue to do my bit to make this happen.

Cherilyn Mackrory, MP for Truro and Falmouth, has welcomed Government plans to provide

£50 million of new funding to communities across England and Wales to make the streets safer for all.